December 25, 2009 / VUROOZ / NEWS, TECHNOLOGY,
Just when it seems the frenzy of Apple Tablet rumors has died down, an analyst for Oppenheimer has decided to pipe up with his own predictions. Based on his research into Apple’s supply chain, Reiner says we can expect to see the Apple Tablet as early as March or April 2010.
Yair Reiner gave this prediction to investors this apple_itablet4 morning, saying the Apple Tablet alone will add 50-75 cents of value to individual shares of Apple stock.

Reiner also echoed many of the rumors we have heard in the past, lik 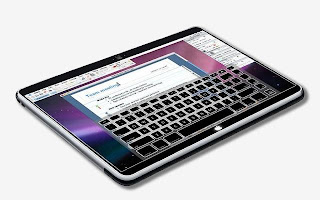 e an ebook emphasis for the device and 10-inch multitouch display. However, Reiner added additional information by denying claims the tablet would have an OLED screen (which makes a lot of sense considering the price of OLED) and explaining the distribution deals Apple was striking with publishers. “Contacts in the U.S. tell us Apple is approaching book publishers with a very attractive proposal for distributing their content. Apple will split revenue 30/70 (Apple/publisher); give the same deal to all comers; and not request exclusivity. We believe the typical Kindle split is 50/50, rising to 30/70 if Kindle is given ebook exclusivity.”

There’s no way to tell whether Reiner’s release date prediction is accurate, though he seems confident in his sources. “Our checks into Apple’s supply chain indicate the manufacturing cogs for the tablet apple-tablet-computer-con-001 are creaking into action and should begin to hit a mass market stride in February,” he said. “At this stage Apple appears to be sizing its supply chain to support production of as many as 1M units per month.”